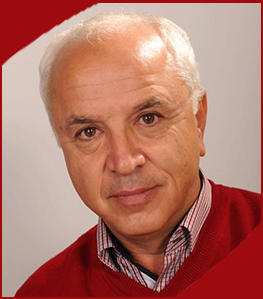 After graduating from the University of Economics, Varna he started working at Golden Sands Resort and worked in all positions and levels of hotel and restaurant management. He started as a chef, pâtissier, waiter tо F&B Manager Responsible for Golden Sands Resort.

In 1991 he graduated from Hotel Management College Belvoirpark – Zurich, Switzerland, and practiced at Moevenpick. He participates in a team developing the strategy for promoting California wines in Europe.
From 1992 to 1995 he is the Chief of the Varna Mayor’s Office and is responsible for the international programs and contacts of the city.

From 1995 to 1997 he is the Director of the Golden Sands Resort.
From 1997 to 2003 he is co-owner and Director of Hotel Bellevue – Golden Sands. During this period he participated as a consultant in numerous international projects in the field of tourism – Palma de Mallorca, Corsica, Lancaster, Rügen Island – Germany, Piraeus and others.

In 2003 he practiced Marketing and Management at the Ministry of Economy, Transport, Agriculture and Viticulture of Rheinland-Pfalz‎ and the Chamber of Commerce in Koblenz.

Since 2004 he has been Manager / Owner of Seasons Varna Restaurant.