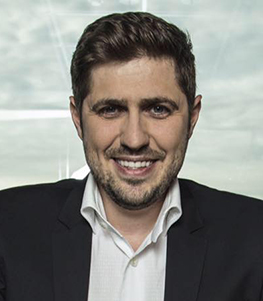 Alexander Kovatchev is the founder of the Bulgarian Design Studio IDEA. He founded his company 17 years ago and is responsible for growing the IDEA’s portfolio with many high caliber design projects for clients across the globe. His designs can now be seen on 4 continents and more than 10 countries.

Among his most notable projects are the brand new Intercontinental Hotel Sofia, awarded as a building of the year for 2018 in Bulgaria and holding an award from 2019 ADesign Awards as well as DSTRKT London, awarded 3 years in a row from London Club Awards; Al Sultan Restaurant, named one of the Five Most Beautiful Restaurants in the World by InStyle magazine; The Pearl Berlin, given 5 awards on the Restaurant and Bar Design Awards; and and many more.

Alexander has been announced for Designer of the year at Dibla Design Awards for 2017.